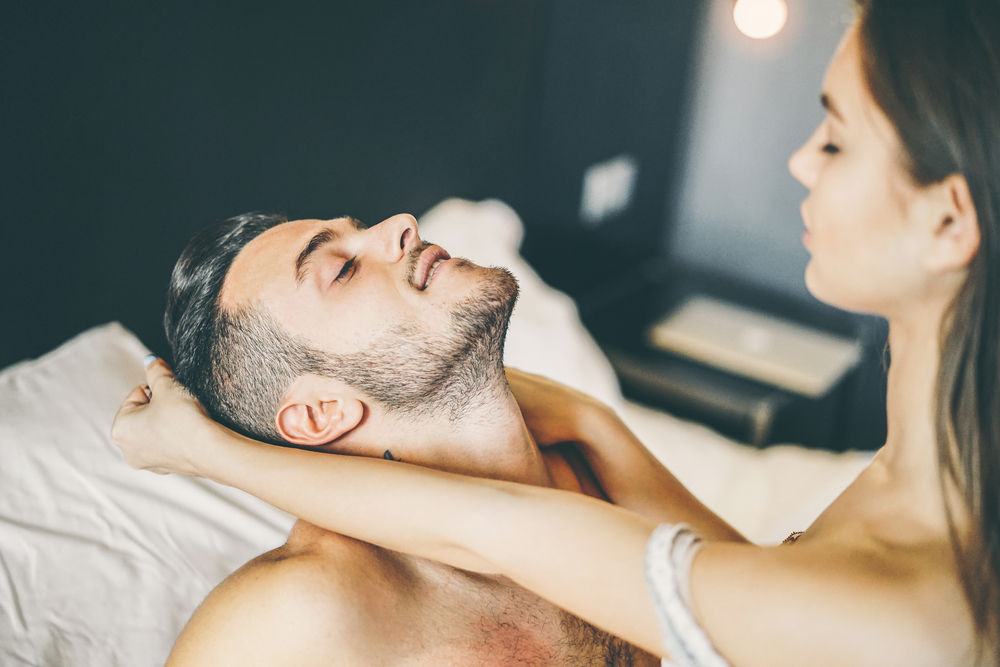 Posted by: SEOteam1 , January 5, 2020
Table of Contents show
1 It makes you become a more committed partner
2 It increases your focus
3 It improves connection
4 It suppresses appetite for junk food
5 It helps alleviate stress
6 It keeps you look younger
7 It improves your sleep quality
8 It reduces pain
9 It reduces depression and stress levels
10 It increases your happiness levels
11 It enhances your memory
12 It acts as an immune booster
13 It helps you to live longer

We all know sex feels great. Our brains have been hardwired to release oxytocin that increases our feelings of pleasure and love once we achieved a mind-blowing orgasm. But an orgasm gives us more than feelings of fulfillment. Orgasm makes our body resistant to illnesses, helps us go past depression, improves our relationship, and many, many more. It can even help us get better in bed.

Before you start teasing your partner to have fun under the sheets, share with them the following benefits you get when you reach climax. This can also be a way of convincing them to do the deed more often.

It makes you become a more committed partner

When your sex life is awesome, you’re less likely to cheat. This is what scientists in Germany found out in a study in 2012. In their experiment, coupled men who were given oxytocin kept themselves more distant from an attractive woman compared to single men who were also given oxytocin. The researchers believed that the oxytocin made the coupled men more committed to the relationship instead of pushed them to cheat.

It increases your focus

Have you heard of orgasmic meditation? It’s a practice where men are taught about how to stimulate their partner to reach orgasm. One practitioner said focusing on one tiny spot that gave more pleasure to his partner helped him improve his concentration at work.

On the other hand, hugging and touching also increase oxytocin levels, which increases feelings of love and intimacy. Not only that, the benefit of orgasm can go outside of the room. It can extend up to your social circles because it makes you less focused on your fight or flight responses. Instead, oxytocin makes you feel more in tune with yourself and makes you more likely to look for win-win solutions whenever conflict arises. This means you’ll be a much better individual when you have regular orgasms.

It suppresses appetite for junk food

During the climax, your body releases tons of hormones that make you feel great. The release of serotonin gives you a sense of wellbeing, thereby reduces your cravings for unhealthy food such as junk food. Oxytocin secretion helps increase the level of hormones that control and regulate the appetite. It also reduces cortisol levels, which increases your cravings for carbs.

It keeps you look younger

There’s a better way to stay younger looking without using too much cash on beauty products or supplements. Experts say just have regular sex. Your testosterone levels will naturally decrease as you age. But if you regularly have orgasms, your levels of Dehydroepiandrosterone or DHEA, the precursor of your sex hormones, will increase. This hormone restores your skin, repairs damaged tissues and helps fight the effects of aging.

It improves your sleep quality

Numerous studies point out that the reason why men tend to fall asleep quickly after an intense orgasm is that the levels of prolactin, the hormone associated with sleep, is higher after sex. If you have insomnia, try not to pop a pill. Instead, have orgasmic sex and fall asleep immediately.

Orgasmic sex also works as a pain reliever. Experts say orgasms can reduce headaches, stomach pains, and arthritis for about 70 percent. It’s even thought to reduce inflammation as well. This is in part due to endorphins, a natural pain killer hormone, which is released during orgasm. The release of oxytocin also stimulates cannabinoid receptors that are known to relieve pain.

It reduces depression and stress levels

Aside from increasing your sense of wellbeing, oxytocin also helps alleviate feelings of depression and stress. It’s a natural antidote to stress.

One interesting study found how semen can positively alter a woman’s mood. Researchers found that the women subjects who had sex without condoms displayed fewer depressive symptoms compared to women who had sex with condoms or refrained from sex.

This is good news for your partner if you’re married or in a committed relationship. Still, safe sex practice is a good idea. Otherwise, you will leave your partner with feelings of anxiety or stress whenever you discard the use of condoms, especially when you’re both unprepared for the chances of pregnancy.

It increases your happiness levels

This is no brainer. Good sex, particularly the ones with multiple extreme orgasms, makes you feel like you’re on cloud nine. This is not a mere fact. A survey on 16,000 American adults revealed that sex once a week boosted the happiness levels of the participants.

It enhances your memory

Orgasm not only helps with your physical being but also works to help you mentally. Blood circulation increases dramatically during the climax. This means more nutrients and oxygen will be transported to your hypothalamus, which is responsible for your brain’s memory, learning, and alertness.

It acts as an immune booster

Want to get rid of the common cold? Have a kinky time. A group of German researchers found that sexual arousal and orgasm help you fight off the bug by increasing the numbers of leukocytes, your immune system’s killer cells that help you fight against illnesses.

It helps you to live longer

In addition to regular exercise and a healthy diet, orgasm can aid you on the way to longevity. Scientists in Wales discovered that there’s a link between orgasms and mortality. In a study, they found that men who had two or more orgasms a week were 50 percent less likely to die from coronary heart disease compared to men who had lesser orgasms in a month.