5 Foods for Better Prostate Health (and 5 to Lay Off)

How can such a relatively diminutive organ play such an important role in a critical part of men’s health?

The prostate is a gland that’s just about the size of a walnut. It covers the bladder and urethra and constantly grows as we age.

And the more we age, the more important it becomes to maintain prostate health. That’s because a variety of conditions can happen to the gland, such as enlargement, and malignancy, which leads to prostate cancer—one of the leading causes of cancers in men.

While there are no particular studies yet conclusively linking proper nutrition to preventing prostate health issues in the future, it is thought that consuming a balanced diet might diminish the risk of developing prostate cancer risks.

And for good reason: building a solid meal around an adequately-sized portion of protein, veggies, and fruit is a boost for overall health in general. This incidentally includes your prostate.

For instance, the existing research showed that a diet rich in lycopene-loaded tomatoes plays a role in slowing the processes that lead to prostate enlargement. Eating tomatoes also may have an effect on improving symptoms of bladder problems such as frequent late-night jaunts to relieve yourself in the bathroom. An enlarged prostate obstructs the urinary tract, leading to an increased rate of urinary discomfort or incontinence.

Here’s the thing: it doesn’t stop at just tomatoes. We’ve put together a list of five foods you’ll want to consume more of for a healthier prostate, and five you’ll want to lay off if you want to keep it that way. 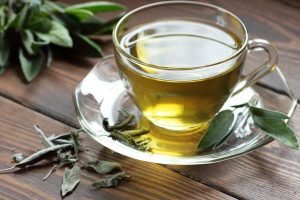 There’s no end to the litany of verified proof of green tea as a powerhouse of a superfood. And wouldn’t you know it–There seems no end to endorsements of green tea as an all-conquering superfood. The prostate is just one area of the body it has been found to help. Suffice to say, a 2014 American study showed that men who consumed black tea and green tea extracts daily for a period of 3 months enjoyed a greater quality of life just six weeks into the supplementation, apart from improved urinary flow and reduced inflammation.

We’ve already talked about tomatoes and their known link in enhancing prostate health has been known for years—various studies have confirmed the role that the consumption of tomatoes plays in managing the oftentimes rapid prostate growth men encounter in their advancing years.

This effect is thought to come from the tomato’s rich lycopene content, which appears to play a role in slowing down prostate cancer development, among other cancers. Studies have shown that lycopene may slow down prostate enlargement and benign prostatic hyperplasia, albeit more research is required before any sort of treatment with lycopene is considered. Nevertheless, the preliminary results appear to be promising.

The debate rages on about the connection between soy consumption and a reduced risk of developing prostate cancer. However, it can’t be doubted that there are indeed studies supporting the notion that countries that consume soy with more regularity than the average across the globe enjoy lower rates of prostate cancer. Similar studies show the same effect for individuals that consume legumes and pulses on a higher than average basis. Both are great sources of protein, to boot.

According to a study presented at the 2009 American Urological Association annual meeting, men who took pomegranate juice enjoyed a boost in prostate-specific antigens.

Green leafy vegetables have always been linked to overall health, but there are some in particular that will be especially beneficial for prostate health.

For instance, green leafy veggies such as kale, broccoli, cabbage, and bok choy contain sulforaphane, a compound that is thought to have cancer-fighting properties. That’s all the more reason to add broccoli to your plate.

We can’t close out our article without mentioning five foods you should best be avoided if you’re trying to keep your prostate health in check.

Colon Cleansing 101: Are Natural Detoxes Good For You?