6 Things that Happen to Your Body with Too Much Protein

Protein is good, but too much of it isn’t as it may put the body system out of balance. Excessive protein intake can lead to medical complications, too. The Dietary Reference Intake explains that 0.8 grams of protein is the amount needed in every kilogram of one’s body weight. Hence, for the average stationary man the required daily protein intake is 56 grams, while it is 46 grams for the average stationary woman. Surpassing this required amount poses a health risk for you.

Here are the things that can happen to your body with excessive consumption of protein:

You may develop kidney problems 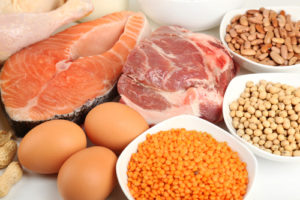 It could lead to gastrointestinal disease

Those people who consume high protein and low carbs typically become constipated and bloated. This is due to the inadequate supply of fiber, which can bring chaos to the digestive system leading to gastrointestinal maladies.

You could put on weight

Though most of us think that protein is more ideal to those who want to lose weight, too much intake of protein can actually do the opposite. A research performed on 7,000 adults determined that those people who consumed protein in excess were 90% more possible to become overweight than those who consumed less of it.

When you eliminate carbs from your diet and focus on eating protein-rich foods solely, your body undergoes a state known as ketosis. It is a state where the body is required to disintegrate body fat for energy, and while this may appear great for losing weight, it’s not for your breath. When the body torches fat, it simultaneously creates chemicals called ketones, which can make the mouth smell. And this isn’t something that oral hygiene can fix.

It could affect your mood

Our feel-good hormones can be affected with what we eat. Basically, our brain requires carbs in order to incite the production of the happy hormone serotonin. Thus, if we focus on protein and cut out carbs from our diet, the more likely we are to be bad-tempered and worse, even depressed. A research in Australia shows that overweight individuals who underwent a severe low-carb diet for one year reported more irritability than those who practiced a higher-carb, but low-fat diet. Interestingly, both groups lost approximately the same amount of weight, too. 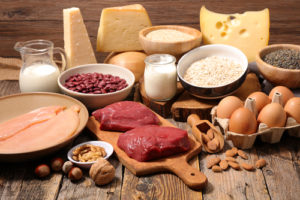 Consumption of too much protein makes your body crave for more water. As a matter of fact, researches have determined that too much protein intake can lead to mild dehydration. This is because the kidneys consistently do its job to get rid of the excess protein and the nitrogen waste, which leads to frequent urination.

5 Things You Should Know about Melatonin