Americans consume an average of 4.5 kilograms of coffee. That’s the 2014 data from the International Coffee Organization. One might think that’s a lot of coffee already, but Americans only consume a third of the Finns’ 12.2 kilograms per person. This may well explain why life expectancy in Finland is higher at 81.1 years while in the United States it’s 79.3.

You see, a new study revealed that if you drink 3-4 cups of coffee every day, it may help reduce your risks of developing various medical conditions like cardiovascular diseases, cancer, and diabetes. More importantly, at 3 to 4 cups a day, coffee may increase your life expectancy. So, is coffee really beneficial for your health or should you still believe the old saying that too much coffee is detrimental to your health? Take a look at these recent scientific discoveries about coffee and find out if you should continue drinking it.

Increasing your lifespan is definitely the number one benefit of coffee. But there are many others that have also been just recently discovered. Take a look at the results of six other scientific studies that say coffee is great for your health. 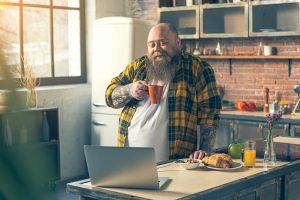 A May 2017 study analyzed the interaction between coffee and genetic predisposition to obesity. According to the study, if obesity runs in your family and you’ve got the genes for it, you may benefit from drinking coffee regularly. Participants of the study who were more likely to become obese due to their genes had lower body mass index linked to higher coffee consumption.

One of the most recent studies on coffee intake and smoking was published in the Journal of the American Heart Association. The study focused on the relationship between coronary artery calcium and coffee consumption of participants living in Sao Paulo, Brazil.

Results of the study showed that those who never smoked in their entire life and drank more than 3 cups of coffee per day had lower odds ratio of coronary calcification, a condition characterized by the accumulation and build-up of calcium inside the blood vessels. Because of the calcium build up, the blood vessels become narrower, which, in turn, can lead to other cardiovascular diseases.

One of the main types of liver cancer, hepatocellular carcinoma is also the top culprit behind many deaths associated with cirrhosis. According to a study published on May 2017, increased coffee intake can help you avoid this particular type of liver cancer. The researchers found that the risks for hepatocellular carcinoma were reduced by as much as 35% if you drink an extra two cups of joe. And what was interesting about the results is that the researchers found that even decaffeinated coffee lowered the risks for HCC, although not as much as caffeinated coffee did.

An interesting study on how coffee affected individuals with both HIV and hepatitis C virus (HCV) was published on September 2017. According to the researchers, the liver protection and anti-inflammatory properties of coffee have long been known but there has never been an investigation on whether these health benefits of coffee were any good for individuals with both HIV and HCV infections.

Although the results of the study may not be of interest to the majority of coffee drinkers, it’s good to know that coffee’s health benefits also extend to those suffering from serious medical conditions like HIV and HCV. The researchers found that for individuals with both HIV and HCV, drinking three or more cups of coffee per day decreased all-cause mortality risk by 50%. Of course, this doesn’t mean that HIV and HCV patients should rely only on coffee for their treatment. It’s simply suggestive that they may not need to cut down on their coffee intake. 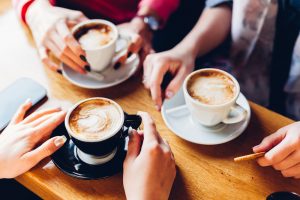 FFA or free fatty acids are generally good because they are the body’s main source of fat fuel. However, if free fatty acid levels are high, it can cause insulin resistance which can then lead to diabetes. One study on the anti-aging properties of coffee was published on August 2017 found that drinking either regular or decaffeinated coffee actually led to reduced levels of free fatty acids in aged mice. The authors suggest that this is one mechanism by which coffee fights aging and increases lifespan.

Science Says Coffee May Be Unhealthy

Despite the fact that there were many recent studies on coffee, there were only a few that focused on its harmful effects on health.

This interesting study on the effect of coffee intake on oral health involved more than 7,000 Korean adults and the report was published on February 2018. The researchers found that the number of remaining teeth was inversely related to the frequency of coffee intake.

This means that how many remaining teeth you have can be negatively affected by how frequent you drink coffee. Of the thousands of participants in the study, the researchers found that those who took their cup of joe on a daily basis had higher tendencies to have fewer remaining teeth.

Although it may appear that coffee’s health benefits far outweigh its harmful effects, it still can’t be said that coffee is 100% healthy. As always, drinking it in moderation appears to be the key. One way to read it is that if you’re a regular coffee drinker, you can take it to mean that you don’t necessarily have to stop drinking coffee altogether. But it’s always a good idea to cut down a bit on your coffee consumption, just to be on the safe side.

Gynecomastia: Facts the Disease That Causes Males to Grow Breasts

7 Signs Your Teen Really Does Hate You