When it comes to treating erectile dysfunction, scientific investigations into the properties of herbs commonly used in traditional Chinese medicine show that they actually work through various pathways such as increased testosterone and nitric oxide production.

One of the most studied pro-erectile medicinal plants, Tribulus terrestris is common in the Northern China region. Referred to as ci ji li or bai ji li in traditional Chinese medicine, Tribulus terrestris fruits are traditionally used in the formulation of medicines for skin pruritus, headaches, vertigo, as a diuretic, cough expectorant, and for tonifying the kidneys.

Among the numerous herbs used in traditional Chinese medicine, ginseng is perhaps one of the most popular and widely used. Its health effects are also well-documented. For instance, ginseng is recognized as an energy and strength booster. 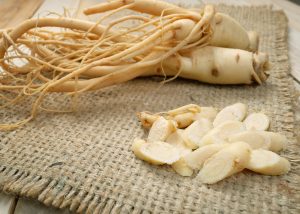 Ginseng is also widely recognized as an adaptogen, helping relieve stress and anxiety and promote relaxation. In addition, ginseng has been used as a treatment for diabetes due to its ability to help lower cholesterol and blood sugar levels.

The positive effects of ginseng on reproductive and sexual health are also well-known. For centuries, ginseng has been used in the management of male sexual dysfunctions. In fact, it’s been well-established that ginseng is indeed effective in treating erectile dysfunction.

The main bioactive components of ginseng are called ginsenosides. These compounds have been shown to have a dose-dependent relaxing effect on the corpus cavernosa smooth muscles through an increased release of nitric oxide. Long-term supplementation of Panax ginseng can lead to significant improvements in erectile dysfunction.

Known as dong quai, Chinese angelica, or “female ginseng”, Angelica sinensis is an herb native to the high altitude mountains in Japan, Korea, and China. From its common name, you may think that this herb is for women only.

Referred to as ba ji tian in traditional Chinese medicine, Morinda officinalis is a mulberry plant that is also used to treat erectile dysfunction. The root of the plant is used to formulate tonics for strengthening the bone, nourishing the kidney, as well as for boosting the immune system.

Morinda officinalis is also used to treat depression and osteoporosis. Due to its anti-inflammatory properties, ba ji tian is also used for treating inflammatory diseases like dermatitis and rheumatoid arthritis.

Aside from treating erectile dysfunction, there’s also evidence that Morinda officinalis has pro-fertility effects. Bajijiasu, a compound derived from the roots of Morinda officinalis, has been shown to help reduce cortisol levels while increasing testosterone concentrations.

Ligusticum chuanxiong hort is more commonly called Szechuan lovage or chuanxiong. The plant contains ligustrazine which is a vasoactive component. Ligustrazine is effective in promoting the relaxation of the corpora cavernosal smooth muscles in the penis.

Chuanxiong also contains tetramethylpyrazine. This bioactive component is a vasodilator that can help prevent hypertension, atherosclerosis, and other heart diseases, medical conditions which are risks factors of erectile dysfunction.

The roots and seeds of Ginkgo biloba have been used since ancient times in the formulation of herbal remedies. Ginkgo biloba is also known as a great remedy for relieving inflammation caused by arthritis, irritable bowel disease, and stroke. 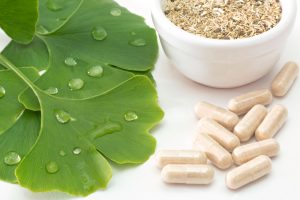 Ginkgo biloba is also used for improving brain health since it can help reduce the symptoms of age-related cognitive decline, dementia, and Alzheimer’s disease. Ginkgo biloba is also popular for its benefits on the cardiovascular system. It’s been shown that taking ginkgo biloba can immediately result in increased blood flow.

That’s because ginkgo biloba greatly increases the levels of circulating nitric oxide. This is the same property that makes ginkgo biloba effective in treating erectile dysfunction. In addition, there’s also evidence that ginkgo biloba can enhance erections by increasing dopamine levels in the brain.

Shechuangzi contains several compounds that help facilitate the relaxation of your corpus cavernosal smooth muscles. These compounds have been identified as osthole, imperatorin, and xanthotoxin.

Taking the Right Supplement for Impotence

Since there are so many herbal remedies that are touted to improve erectile function, finding the right supplement for you can be quite a challenge. Instead of taking one supplement for each promising herbal remedy you come across, you can try a popular all-natural male sex enhancement supplement that’s both effective and safe.

5 Antioxidants That Boost Your Semen Parameters