7 Health Threats Men Should Watch Out For

There are many diseases that bring about serious risks that guys should be on the lookout for. As you grow older, you become more prone to various illnesses that can drastically change your health and lifestyle. Even if you are not seeing or experiencing any of the typical symptoms, it does not mean that you totally healthy. There are health problems that do not manifest visible signs for weeks, months, or even years. Thus, it is of great importance to undergo regular medical examination to detect them as soon as possible, before things get worse.

According to the Centers for Disease Control and Prevention, heart disease is the number cause of death in men worldwide. It is a major health problem that is often caused by unhealthy lifestyle choices.

Do you like to eat fastfood? How much beer do you consume every night? When was the last time you had veggies and fruits? Too much cholesterol, fat, and alcohol can result to blockages in your arteries. Over time, as more and more of these things accumulate inside your body, they can hinder your cardiovascular system from properly regulating blood and oxygen. As a result, a heart attack occurs.

An aggressive and terrible disease, lung cancer is another major health risk that strikes a lot of men. It is almost impossible to detect it in its early stage because it does not trigger visible symptoms, even if you get an x-ray. Thus, it is often only diagnosed once it has already reached the advanced stage. At this point, treating it becomes rather difficult, and only less than 50% of men who suffer from it survive after a year.

Do you smoke tobacco? How long have you been smoking? Did you know that 9 out of 10 of all lung cancer cases are caused by tobacco smoke? If you are a long-time and heavy tobacco smoker, it might be time to get a good look at yourself, and seriously think about quitting. It is hard to effectively screen lung cancer early on, and it might be too late to save you once it is detected. 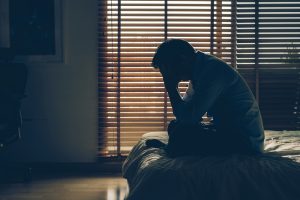 When people hear the word “depression”, a lot of them think that it is just an emotion that is similar to sadness. However, according to medical experts, depression is more than just feeling gloomy or miserable. It is a mental problem that signifies chemical and hormonal imbalance in the brain.

Do you experience extended periods of unhappiness? Are you not interested in doing your usual hobbies anymore? Are you having a lot of trouble sleeping or eating? If you believe that you are suffering from depression, you have to see a doctor as soon as possible. You can rise from it by receiving treatment through medications and therapy.

Every year, approximately 200,000 men get prostate cancer, a severe type of cancer that affects the prostate gland. If you have it, you will manifest a number of symptoms that include blood traces in your urine, blood in your semen, pain when urinating, and a frequent urge to urinate. If not detected right away, the cancer can lead to erectile dysfunction, and even spread to the bones.

Have you ever had a prostate exam? Do you notice anything off about your urine or prostate? If you are nearing the age of 40, you are strongly advised to undergo a prostate exam to make sure that you are not at risk of prostate cancer. If the disease is screened in the early stage, it can be treated by removing the affected prostate, putting you through radiation therapy, and others.

Known as a silent health threat, diabetes is another common disease that affects men. It happens when your blood sugar or glucose levels surpass the healthy point. Among its symptoms are weight loss, numbness in the feet and hands, frequent urination, fatigue, blurry vision, and bruises or cuts that take longer than usual to heal.

Do you have a sweet tooth? How much candy and chocolates do you eat? Does your diet consist mainly of carbs and sugar? The effects of diabetes may take years to manifest. If you eat exorbitant amounts sugar and carbohydrates in your younger years, there is a high chance that you will be diabetic when you are older. The extra glucose that your body has collected through the years become toxic to your blood, nerves, veins, and arteries, and make you at risk of stroke, heart attack, kidney failure, and blindness. 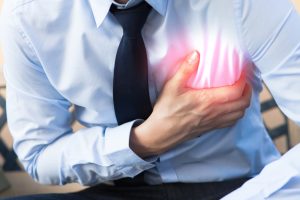 Also known as a brain attack, stroke is a health risk that is caused by insufficient oxygen in the brain. To function properly, our brain has to receive enough oxygen and glucose at all times. And, if the supply is cut off, it is not able to do its job, and can lead to brain damage or death.

Does your arm or leg feel numb? Do you experience vision loss and/or headaches? Do you suddenly have a hard time speaking? It is necessary to watch out for the common symptoms of stroke, which you can easily remember as F-A-S-T. The first three letters stand for the warning signs that let you know that a person is having a stroke: Facial drooping, Arm weakness, and Slurring of Speech, and the last letter is a call to action: Time to call 911.

Several millions of American males are inflicted with erectile dysfunction, or ED. This condition is characterized by the inability to get or maintain an erection. If you have it, your sex life will definitely suffer, and cause embarrassment and dissatisfaction. It is often brought about by old age, heart problems, diabetes, stress, and hormonal imbalances.

How many times have you had difficulty getting hard? Do you think it is because you are much older now? Or is it because you are dealing with so much stress from work? To treat ED, you can make a major lifestyle change — by exercising and eating healthy, or taking all-natural male sex enhancement supplements, and other similar medications.

5 Urologic Emergencies Men Should Be Wary Of