7 Things You Should Never Do When You Are Sleep Deprived

When the previous night was rough and sleep was elusive that you end up waking up feeling like you joined a marathon for the first time, it can be tempting to load your system with caffeine or sneak in to get more sleep. The problem is that most of the things we usually do to get rid of our drowsiness will nearly always not go as planned.
This is because it is vital to the body’s circadian rhythm or sleep cycle to be consistent. So, the moment you try to doze off during a time when you should be doing something else or you obtain an artificial energy kicker, you’ll end up feeling physically exhausted but mentally stimulated when trying to get to bed, leaving you lethargic once again the following day. It’s apparently a nasty cycle you want yourself to get out of.

When you mess with your sleeping rhythms, it will screw with some of your bodily functions involving hormone secretion, weight regulation, body temperature, and even your immune system. Plus, it will drain your mental and physical energy, leaving you unfit to do your job during the day. So, to avoid making it worse, here are 7 things you should never do when you’re sleep deprived:

1. Sneaking in for a nap 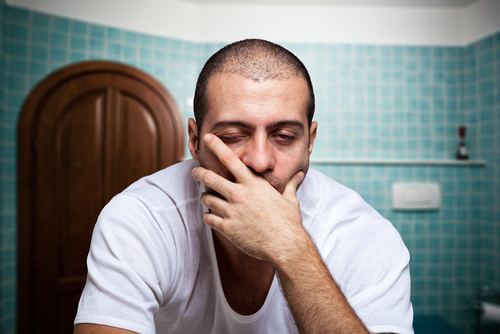 Napping in the middle of the day as means of making up for a lost sleep is actually not a good idea. This is because this will eventually reduce your sleep drive, or the body’s desire to take a slumber. With a decreased sleep drive, you’re more likely to stay up later, continuing the poor sleeping cycle you’re currently in.

If you’re feeling miserable during the day because of this strong urge to close your eyes and sleep for a bit, the best window for that is between 1 pm and 3 pm when it’s still early so that it won’t keep you awake when it’s time to sleep at night.

You should also limit the nap to 25 minutes to avoid falling into a deeper sleep phase that will make you bleary when you get up and significantly affect your capacity to fall asleep at night.

Turning in early when you’re sleep deprived from the previous night seems to be the right thing to do, but that’ll possibly disturb the synchronization of your circadian rhythm over time. Besides, your brain isn’t geared up to sleep so early that when you get in bed you’re feeling physically fatigued but your brain is still wired that it can make you frustrated because it’s still not easy to fall asleep despite your exhaustion.

It may be alright to drink coffee or other caffeinated beverages until 2 pm, depending on your tolerance to stimulants, since the half-life of caffeine is 8-10 hours, averagely. But too much of it, particularly over 200 mg of caffeine ingested after 2 pm, can disrupt the quality of your sleep. Though you may fall asleep at night, the caffeine still present in your system will keep you in the lighter phases of sleep that you won’t feel sufficiently rested when you wake up the next morning.

For people who get up early during the weekdays to go to work, sleeping in during the weekends is one of the best things that life can offer. But it’s not as great as it seems. In fact, your body’s sleep clock will have to readjust even after just one morning of oversleeping.

So, if you sleep in for a day or two, this can cause a shift in your body clock that’ll make your body want to sleep later and wake up later. The bottom line is that it’ll be harder for you to get up early again on Monday morning. 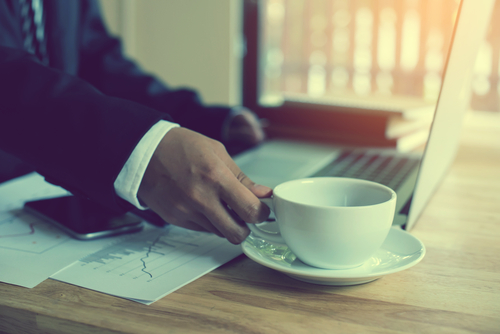 Though others think of it as some sort of sedative, having a drink prior your bedtime could disrupt the quality of your sleep. You might even wake up once the alcohol in your system is completely metabolized. Studies found that alcohol consumption decreases rapid eye movement (REM) sleep, the phase known to be the most mentally recuperative. REM is also the part of sleep where we move information from short-term to long-term memory, highlighting its importance. And having a nightcap can disrupt that process.

Despite your drowsiness, you just really have to check your Facebook or Instagram first, right? As obvious as it seems, this is a bad idea. This is because the lights from our gadgets imitate daylight, confusing your circadian rhythm. Aside from the light itself, interaction on social media when you’re supposed to turn in for the night can stimulate your brain, making it harder to fall asleep.

7. Munching on a midnight snack

For one, the body should not digest food lying down. So, eating food that’s tough to digest, such as hamburgers, can lead to silent reflux. This is a form of heartburn that’s just lurking in your system with you being oblivious. Not only is it difficult to fall asleep, it may also cause health damage that you’re not aware of. Going to bed hungry can also keep you awake, so if you deem it necessary to eat something to placate your stomach, settle on something that’s 80 percent carbs and 20 percent proteins.

10 Foods You Didn’t Know Are Loaded with Sugar

The Truth About Juice Cleansing