What Is Adderall and Is It Safe to Use? Are There Potential Side Effects?

Table of Contents show
1 What Are the Side Effects of Adderall?
2 What Can I Do to Improve My Energy Levels Without Adderall?

Adderall is a the name of a prescription drug which is a form of a stimulant used to treat ADHD. This traditionally was developed for children who have trouble staying awake or paying attention in class, however as of late has become very popular among adults.

Many adults abuse this drug because of its stimulant properties, as one of the drugs found within the medication is an amphetamine. These amphetamines stimulate our cells and can are even being used as performance enhancers by some athletes even at the professional level.

Many forms of the drug are made in the XR form, or extended release which is done to prevent all of the drug from immediately being absorbed in to the blood stream, which can cause a lot of stimulation. Abusers get around this by breaking apart the pill which contains the extended release coating, and snorting it to get immediate effects.

The potential for abuse when it comes to adderall is high because of the stimulant performance enhancing abilities of the drug along with easy access. There is no concrete way in which to diagnose ADHD, so getting a prescription for the drug is relatively easy.

What Are the Side Effects of Adderall? 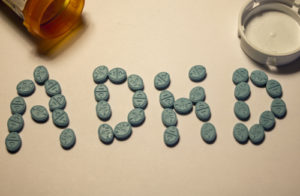 Adderall is a legal drug that can be prescribed by a doctor, however that doesn’t mean that taking the drug comes without risk. As mentioned earlier one of the drugs found within Adderall is an amphetamine, and amphetamines have an extremely high potential for abuse.

One of the most popular and most addictive forms of this drug is something you may have heard of before, called methamphetamine. Methamphetamine is not the same as amphetamine, however they are in the same family of drugs.

One of the biggest health risks to taking any amphetamines is the risk to your cardiovascular system, and heart. Amphetamines increase your heart rate and in turn causes high blood pressure as well. These are two huge risks factors when concerning a stroke, heart attack and aneurysms.

Not only that, but taking these drugs does damage to the system itself over a long period of time. The high blood pressure does damage to not only the arteries, veins and other blood vessels carrying the blood, but also to the organs that they supply as well.

Another concern involving Adderall is that those who are looking to take the drug are usually doing so to mask another problem. If you aren’t taking Adderall for ADHD and are taking it as an energy booster for example, you probably have an underlying issue.

Taking Adderall or another type of stimulant is common among people who are self medicating to treat depression, or some other psychological disorder. Adderall may help them in providing extra energy to get them through their day, however it isn’t solving the underlying issue.

Lastly, Adderall itself causes a whole slew of side effects. Next time you have the opportunity to do so, check out their warning label. It lists potential side effects ranging from minor things like dry mouth to potentially major issues like changes in sex drive and gastrointestinal problems. Who cares about having a little more energy if you’re using it to get to the toilet all day?

What Can I Do to Improve My Energy Levels Without Adderall? 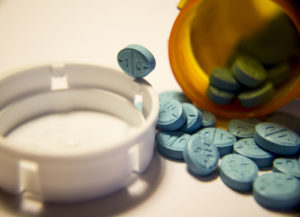 If you are someone who is looking to take Adderall because they don’t have enough energy, something is obviously wrong. Before you turn to a stimulant like Adderall however, you may be able to improve you energy levels by changing some of your everyday habits.
The first thing you want to do is to cut out excess sugar from your diet where ever you can. Sugar is a crutch many of us use for a quick shot of energy, but inevitably end up paying for it afterwards with a huge crash.
Maintaining steady blood glucose levels is essential in making sure we have enough energy throughout the day. Stay away from sodas, fruit juice, energy drinks and any other foods or drinks that are high in sugar.