Slipping into a state of coma comes with a lot of uncertainties as to whether death is imminent or it will take the redemptive hands of grace for such an individual to be revived. It’s a crucial period with attendant psychological devastation on loved ones and friends.

Without much ado, these pieces contain all you need to know about coma, its causes, types, and treatments.

What is a coma?

Coma is a state of unconsciousness caused by sickness or injury to the brain. It is a prolonged state that can last for a very long time. During this period, a person is not responsive to their environment. Physically, it just seems like such a person is entangled in a deep sleep but the unfortunate thing is that such cannot be awakened by any kind of stimulation or inducement.

What causes a coma? 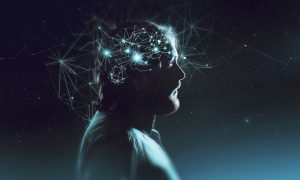 Mostly, comas are caused by an injury to the brain. For instance, a person can slip into a coma if a heavy object is used to hit his head hereby causing damage to the brain. Brain injury is usually induced by excessive bleeding, increased pressure, toxin build-up in the brain, and loss of oxygen. The injury to the brain can have either transient implication or can last for a lifetime.

Statistics show that more than 50% of coma cases can be attributed to head trauma and disturbances in the brain. The following are problems that can lead to coma:

Trauma: injuries to the head could make the brain get swollen or bleeds continuously. This trauma could lead to the damage of the Reticular Activating System (RAS) which is responsible for consciousness, sensitivity, arousal, and awareness.

Anoxic brain injury: this occurs when there is no oxygen in the brain. It could result from a cardiac arrest or head trauma, poisoning, drug overdose, or drowning. Lack of oxygen in the brain immediately leads to the death of brain cells.

Infections: virus or bacterial infection of the central nervous system also be responsible for coma. This situation can be referred to as encephalitis or meningitis.

Seizures: diseases such as epilepsy can trigger trauma. Multiple and perpetual seizures can result in elongated unconsciousness.

Having looked at the causes of coma, let’s also consider the types of coma; they include: 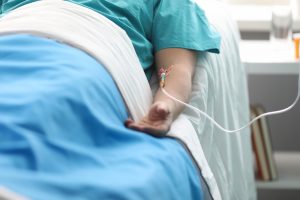 Toxic metabolic encephalopathy: this is a chronic condition of brain dysfunction that can lead to a total state of unconsciousness. It is marked by symptoms of delirium and utter confusion. It is reversible and could be caused by organ failure, systemic illness, or infections.

Persistent vegetative state: this is also a chronic state of unconsciousness. Here, the individual is caught in a state of flux where interaction with the physical environment is not noticeable. Also, such a person is not capable of voluntary movements.

It is noteworthy to point out that the treatment of com is usually determined by the cause of it. Where infections are responsible, antibiotics can be administered and where it’s the case of diabetic shock, glucose may be prescribed. To a large extent, surgical procedures are often embarked upon where there is inflammation of the brain nerves or bleeding.

For coma patients to survive, they are placed in the intensive care unit where every form of life support is given to them until they recover.