When you’re suffering from infertility of unknown origin, it can either be unexplained male infertility (UMI) or idiopathic male infertility (IMI). This means your infertility cannot be traced back to the usual factors like a testicular failure, urogenital abnormalities, endocrine problems, genital tract infections, or varicocele.

When your body develops anti-sperm antibodies, it can lead to autoimmune infertility. Antibodies are proteins that your immune system deploys in order to neutralize disease-causing agents like bacteria.

However, when you have anti-sperm antibodies, it means that your immune system is trying to neutralize your sperm cells, causing them to either die or lose some of their functionality. Hence, when you have autoimmune infertility, you may have a normal sperm count but a lot of your sperm are no longer capable of fertilizing the egg cell.

Previous studies have shown that the presence of anti-sperm antibodies is more prevalent in men with persistent and unexplained infertility. Although experts are yet uncertain about the exact reasons why a man may develop anti-sperm antibodies, many scientists believe that immunosuppression defects play a contributing role. 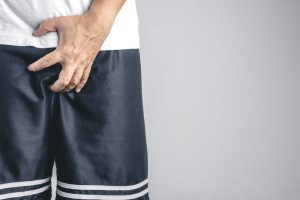 The main purpose of your sperm is to swim toward the egg, penetrate the egg’s protective covering, and merge with the egg to deliver your genetic material. In order to do this, your sperm needs to perform several functions.

For one, your swim needs to be able to swim forward. This is more commonly known as progressive sperm motility. Your sperm also needs to be able to bind with and penetrate the egg cell’s protective coat called the zona pellucida. In addition, your sperm needs to maintain the integrity of the genetic material it contains.

Whenever any of these functions are reduced or impaired, then your sperm cells will have a difficult time fertilizing your partner’s egg cell. For example, if your spermatozoa can’t even swim, then they won’t be able to reach the egg cell.

When your sperm’s acrosome is defective or damaged, then even if your sperm reaches the egg cell without any difficulties, it still won’t be able to successfully fertilize the egg. On the one hand, if your sperm has damaged DNA integrity, then it can result in various developmental problems for the resulting embryo, and can even lead to a miscarriage.

Abnormalities in the sperm’s genetic material include sperm aneuploidy. This means that the number of chromosomes has been altered due to an addition or loss of a chromosome.

Translocations can also contribute to the loss of DNA integrity. Translocation happens when a certain part of the genetic material is moved to a different part, affecting the genetic sequence and structure.

When you have a high rate of sperm aneuploidy, it can impact your fertility and result in reduced pregnancy viability. Chemotherapy, alcohol consumption, tobacco smoking, and aging contribute to a higher sperm aneuploidy rate. 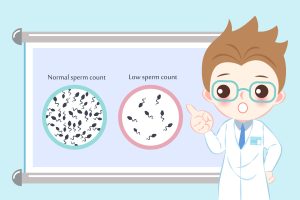 A high sperm count only improves the odds that one of your spermatozoa will be able to reach the egg cell. However, poor sperm capacitation resulting in impaired motility will lower those chances. That’s because when your spermatozoa have capacitation defects, it will negatively affect their motility, so they may not be able to reach the egg at all.

Reaching the egg cell is just another step in the complicated fertilization process. Once your sperm reaches the egg, it still has to be able to bind with one of the receptors in the egg cell’s zona pellucida. After binding with the receptor, your sperm cell has to drill through the protective covering to make an opening through which it can enter the egg.

With an intact chromosome, your sperm cell can initiate the binding process with the zona pellucida. Enzymes are then released which causes the zona pellucida to dissolve so that your sperm can merge with the egg cell. However, in men with unexplained infertility, this acrosome reaction is either premature or insufficient, leading to a failure in fertilization.

In order to be able to father children, you’ll need to be sufficiently fertile and able to adequately perform sexually. All-natural male sex enhancement supplements can help you deliver better sexual performance as well as improve your semen quality.

This is a supplement for enhancing male sexual prowess, and it also has pro-fertility effects. It contains natural ingredients that can boost both your sperm count and quality as well as your sexual stamina and erectile function.

7 Health Threats Men Should Watch Out For