FUN FACTS ABOUT MEN THAT EVEN YOU MAY NOT KNOW

You may think you know just about everything there is to know about being a man, because, you know, you are one, but these facts may surprise you. While there are many statistics detailing all the good and bad about you, those don’t tell the whole story at all. You know how complex men are and all the little things that make them up.

So, let’s get into the super fun facts that you may not know about yourself even though you are the expert.

#1 YOU EAT MORE WHEN AROUND WOMEN

This may seem counter-intuitive, but a study conducted at Cornell University showed that you eat more when dining with women than with men. According to Kevin Kiffin, Ph.D.’s, research, the men ate 93% more pizza and 86% more salad. He believed that men do this in order to impress women. According to Kniffin, this is instinctive behavior. Perhaps you are showing her how healthy you are by the amount of food you can consume or that you will have enough energy to protect her. Though, that is this author’s opinion, not Kniffin’s.

#2 YOU DRINK MORE IF YOUR IQ IS LOWER 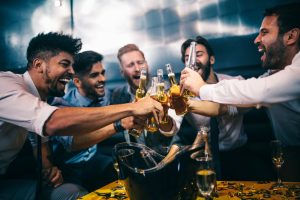 The Karolinska Institute, located in Stockholm, Sweden looked at the drinking habits of nearly 50,000 Swedish men who were born between the years of 1949 and 1951. This study found that men who had a lower IQ were more prone to drinking too much and making other poor decisions for their health. While a lower IQ may not be the only reason, because often, men who drink a lot often have deep emotional difficulties, there was enough of a correlation to say that those who had lower IQs would be more likely to make poorer decisions.

When you are young, you may enjoy clothes that are tighter. Cargo pants or shorts that show all of you may be preferred. This may be because you are trying to look more desirable to those you are attracted to even if you are in less comfort. As you age, your preferences often change. You may begin wearing clothes that are looser so you can have increased comfort. This also will allow you to be able to move around easier and go to the bathroom faster. Looser clothing can be taken down without undoing the buttons or zipper, which can be great as you age and may move slower.

History is fascinating and it is where the term wer resides. In Old English, wer was the term used to describe human men and man described all of humanity. In the thirteenth century, wer was replaced by man, which doubled as a term to describe humanity and the male species.

In the 1960s, American men were nearly the same height but were quite a bit slimmer. The average weight in the 60s was 166 pounds versus 190 pounds now. Height only increased by an inch, though, changing from 5’8 to 5’9. So, yes, men, the weight gain is real. Increased weight can cause a lot of difficulties with your health, such as diabetes, joint pain, heart attack, and lowered mood. It’s great to monitor your weight so you can avoid these issues.

Throughout the world, there are 107 male babies born and 100 female babies. This may be due to greater mortality rates of male babies and could also be due to gendercide, which is a process where parents or a society abort children of a certain sex.

Men’s brains are 10% larger than women’s on average. As men often have a larger body and more muscles, their bodies need excess neurons to be controlled properly. Interestingly, men and women use their brains quite differently.

#8 THE RITE OF PASSAGE

In many cultures throughout the world, boys are initiated into manhood through a rite of passage. In Judaism, boys participate in their Bar Mitzvah. Those from American Indian tribes conduct a “vision quest” where they go on a three to four day complete fast, meditate, and sit in isolation for another two to three days in order to connect to the spirit world and find their purpose in life. A vision quest can be attempted again if it is unsuccessful. Boys in some African cultures are circumcised. These rites of passage can be an excellent way to officially signal the end of childhood. 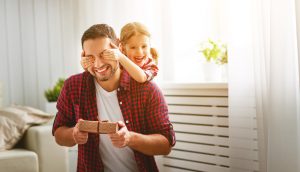 This day that was made just for you originated in Spokane, Washington on June 19, 1910. The notion of a day for fathers was created by Sondra Dodd. She wanted to celebrate her father after hearing a sermon that talked about Mother’s Day. Officially, Father’s Day began in 1972 when it was assigned the third Sunday in June. It has grown to be a magnificent holiday for all of the fathers who love and care for their children.

A study has shown that men, rather than women, are more likely to say “I love you” first. This may be because men develop deeper feelings faster than women or they may believe that is what the women want to hear. But, this definitely doesn’t support the idea that men are afraid to say these three words. It also combats a lot of the notions that men are afraid to be vulnerable.

So, here are some interesting facts about men that you now know. Do you agree with them or disagree? What other facts can you think of? Share them in the comments.