Health Benefits of Having Sex

Sex is everywhere, in social media, movies, advertisements and even some of our favorite songs are about sex. Through these mechanisms, society subtly influences us to consider sex more often than we would naturally which only fuels the matter seeing that men already think about sex at least 500 times an hour and more than 8,0000 times while you’re awake.

I’m sure as you drifted off thinking of sex for the umpteenth time of the day that you’ve probably stumbled upon this question: Are there any health benefits of having sex?

The answer is a resounding yes! Having sex:

In a research article published in 2016, researchers at the Boston University of Public Health discovered a correlation between the frequency of ejaculations and the likelihood of a man developing prostate. To conduct this research, researchers surveyed about 32,000 men in regard to their ejaculation frequency and followed up on participants for a period of 18 years.  While taking into consideration the varying ages of the participants, the research indicated that men who ejaculated more frequently were less likely to develop and be diagnosed with Prostate Cancer.

In another study conducted by researchers at Harvard University, they discovered that men who ejaculated approximately 21 times per month were placed at a 33% lower risk of developing prostate cancer.

Having sex can also boost your immune system. 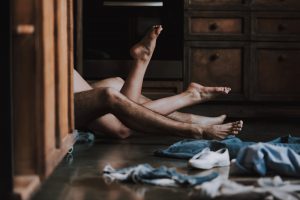 Carl Charnetski and Francis Brennan conducted a research study among students that looked at the frequency of sex and how it affected the levels of immunoglobulin A. Immunoglobulin A is an antibody that is found along the respiratory passage, gastric tract and within saliva and tears. This antibody functions as a first line defense against antigens such as toxins, bacteria, and viruses. The research revealed that students who had sex frequently, once or twice a week, had a 30% higher concentration of immunoglobulin A in their saliva in comparison to students who had sex less frequently.

A higher presence of immunoglobulin A allows your body to stay resilient in fighting off sicknesses and maintain health.

Outside of the happiness associated with the pleasure and excitement of engaging in sexual activity, sex can also reduce your stress levels. There are two main hormones responsible for easing stress during and after sex. Dopamine is a neurotransmitter that stimulates the pleasure/reward center of our brains which triggers pleasure and a feeling of satisfaction during sex. Dopamine also spikes during orgasm which causes the intense feeling of satisfaction and completion you experience after sex. Oxytocin, also referred to as the love hormone, works alongside dopamine to create intimacy and an emotional connection with your sexual partner. These hormones, with the help of endorphins which reduces stress and pain, counter the stress hormone cortisol.

Oxytocin is not only stimulated during sex but also during cuddling as well. So feel free to cuddle with your partner, sharing intimacy and a connection with your partner as you enjoy the pleasure created by the stimulation of oxytocin.

Have you ever felt so relaxed after sex that you’ve fallen asleep? Although sex can tire you out because it’s such an energetic activity, it is a natural response to feel tired after sex.

After an orgasm, your body releases a cocktail of hormones including oxytocin, prolactin, vasopressin and many others. These hormones are, especially prolactin, responsible for causing you to feel sleepy after sex. Prolactin is a hormone that intercepts dopamine, which is a neurotransmitter that also helps you feel awake. Researchers have discovered that after sex there was a great increase of prolactin in the blood. The amount of prolactin released after intercourse was 5 times greater than the post-orgasmic release of prolactin after masturbation, which is about a 400% difference between the prolactin levels.  The increase of prolactin in addition to other hormones makes the body feel relaxed and sleepy, allowing your body to drift to sleep easier and faster.

Having sex can greatly affect the health of your major health organs such as your heart. 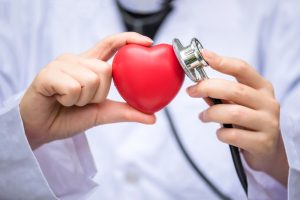 In 2010, the American Journal of Cardiology published a research study which examined the correlation between sexual activity and erectile dysfunction against cardiovascular disease. This research took place over a period of about 16 years with about 1165 participants between the ages of 40-70. The results of this study expressed that men who had sex at least twice a week were 45% less likely to develop cardiovascular disease in their lifetime in comparison to men who had sex only once a month or less.

In light of this discovery, the researchers also identified other social aspects of a person’s life that may have affected the outcome of the results such as whether the participant was in a supportive, committed relationship, which could also assist in reducing stress and anxiety while providing social support.

In addition to building the intimacy with your partner promoting your general wellbeing, sex is also a great form of exercise.

Although sex can be considered exercise, it should not act as a replacement for exercise but a supplement to exercise.  The researchers discovered that men could only burn up to 100 calories during an average sex session which is only at least a quarter of the number burned in an average cardio workout session.

Having sex has numerous benefits to your body’s health. With that being said, the next time you have sex you can be reassured knowing that this activity benefits and promotes the well-being of your body.

How to Choose the Correct Running Light for You