Table of Contents show
1 What’s the Pain Cave?
2 It’s More Mental than Physical
3 The Significance of the Pain Cave
4 How to burst through your pain cave

Whether in piano performances or vocal delivery, there’s always that point of intensity and saturation or what you can also call climax level. It happens in sex too and it’s also known as the height of the conflict in drama.

As it is with all the aforementioned, so also is it with exercises. That point of brokenness when you just feel as if you can’t go ahead any further is what is known as a pain cave.

However, there are several ways to burst through that point of impossibility. This article has been written to expose you to how you can deal with your pain caves.

Simply defined, the pain cave is that point of lethargy where your body can no longer go on with the activity you’ve been subjecting it to. It’s the limit the body can take during an intense workout or other activities.

Pain cave happens to every athlete. It usually signals a stopping point. It’s where the activities suddenly become intense such that it becomes difficult to continue. Bursting through this is usually marked by heightened mental readiness and demonstrates a sign of mental resilience. So, it’s more of a thing of the mind than the physical.

Among athletes, breaking through the pain cave signifies the ability to do better next time. The belief is that surpassing one level of physical discomfort signals to your mind that you could do more than what you’ve been doing.

The Significance of the Pain Cave

For many reasons, the pain cave represents a test that stretches athletes beyond the horizon of mental and physical challenges. Hence, so many of them are always eager to consciously enter into this level. The reasons for so doing are given below: 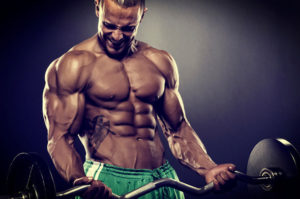 There is usually a particular mentality tied to the pain cave phenomena. Most people believe that breaking through an initial pain cave indicates a new level of mental and physical strength. For this motive, many athletes are desirous of entering into this cave.

The pain cave for every sport or workout differs; for instance, a weight lifter experiences a pain cave at that point where he can no longer squat while lifting his weight and just have to put it down. The assumption is if he garners all the strength within and takes the squat to continue in the weight lifting session, he has conquered a new feat mentally and physically.

For some athletes, surpassing the pain cave gives them a sense of fulfillment. There’s always a feeling of satisfaction with oneself that comes with every accomplishment in life. Breaking through the pain cave is one of those achievements that reflect a sense of achievement too. So, some find it rewarding and that forms the principal reason why they’d always want to surpass the pain cave and level up beyond the limit.

For some, the pain cave is viewed as an exciting challenge such that it’s the point where they get to stop and get into other kinds of exercises so that the process will not be monotonous and boring in the short or long run.

How to burst through your pain cave

The following tips are necessary for your physical and mental preparation if you’d like to beat your pain cave someday: 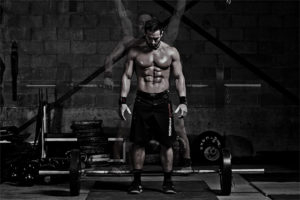 As it is with every task that you want to accomplish, it is important that you first set your goals. Have a clear picture of what you want to achieve in your mind. This will go a long way in boosting your capabilities to achieve the goal. For instance, at some point, I could only get myself to do like three sets of 20 push-ups until I desired to do more. I then set a goal of 4 sets of 30 push-ups which I achieved in no time. Today, I can do 4 sets of 50 push up. Remember, it’s a thing of the mind.  However, only set goals that are realistic and achievable.

There’s no way you can burst through your pain cave without engaging a slow and steady approach. You have to be relaxed and mentally prepared for the task.

Listening to motivating songs can help you during a workout to breakthrough your pain cave. You need all the motivation you can get and if you draw yours from songs, don’t be hesitant to plug your ear pods in during a workout.

When you physically challenge yourself, it’s normal if your body doesn’t give in immediately. Only persistence can break a rock; keep that in mind every time you try.