If there’s one thing that men secretly envy from women is that women can have multiple orgasms. Guys can’t even comprehend how pleasurable it would be if men are capable of having more than one ejaculation before calling it a night. Most guys can only orgasm once every time they have sex, and that’s completely normal. Having the ability to go for multiple times a night is the stuff that legends are made of – but why can’t men enjoy orgasms the same way women do? And if it’s possible, how can men get more intense orgasms? In this article, we’ll discuss the science behind orgasms, and how men can make the most out of them.

Why can’t men have multiple orgasms?

Men are uniquely different from women during sex. Women can have multiple orgasms during sex because they are not biologically-required to rest after having an orgasm.

Unlike women, men release semen every time they orgasm. We’re not entirely sure if some women are capable of ejaculation, and to this day, the concept of female ejaculation is still highly debated. It takes time for the body to recharge and regain the fluids and nutrients that the body releases after ejaculation. You may be surprised to know that semen is rich in nutrients, including zinc, sodium, fat, protein, vitamin C, calcium, and more. The body has to recover some of that before you can go at it again, and that’s why your brain is shutting down your sexual response.

Women, on the other hand, can experience a chain of orgasms without stopping. Another orgasm can start before the current one ends, and that’s what makes them go crazy. Men are biologically incapable of having the same orgasms because of our hardwired off switch – but that shouldn’t discourage you from wanting to have better orgasms.

How to make your orgasms better

There’s more than one way to intensify your orgasms. Here are just a few. 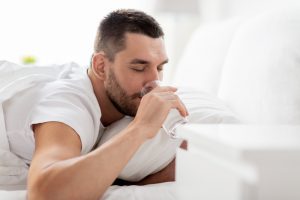 It shouldn’t surprise you that a man’s orgasm depends on how much semen he expels during ejaculation. The more semen you have, the longer your orgasm goes. Drinking plenty of fluids will help increase your seminal fluid to a point that it could add a few more seconds to your orgasms.

Get foods rich in Zinc

It’s not a coincidence that some foods that are known to be aphrodisiacs contain high levels of zinc. Zinc is a key mineral that helps increase testosterone levels. It’s also a major factor that increases your semen volume. When you ejaculate, your semen contains a few milligrams of Zinc, and this drastically affects your testosterone levels. Eat foods rich in zinc, such as oysters and beef. If that’s not enough, take zinc supplements or premium male enhancement supplements that contain zinc. That should amp up your orgasms in no time.

Maca is a Peruvian herb that is known to increase fertility in livestock. In men, however, it has a unique ability to inhibit neurotransmitters that prolong your refractory period. Taking Maca will allow you to bounce back faster than ever. It won’t be as instantaneous as having multiple orgasms, but it should be good enough to get you back on the saddle faster. 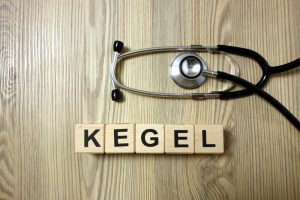 Why stop at intensifying your orgasm when you can intensify your sexual pleasure? Testosterone-boosting supplements can help you maximize your pleasure while having sex by making you more sexually sensitive. That means that every move you make is exponentially more pleasurable. To add, the best testosterone supplements, like Male UltraCore, contain key ingredients that also increase semen volume and erection hardness. If you want to go hard every night, taking Male UltraCore is the best way to go.