Know the Principles of Biceps Training

The bigger the biceps, the better – unfortunately, we cannot accomplish this using a single workout routine. We also cannot obtain ideal results without understanding the essential concepts involved in biceps enlargement. Basically, biceps training necessitates standard curling movement that bends your elbow against resistance to put in further strength and muscle size.

If you’re determined to get your biceps bigger, here are the principles that your training must comprise of: 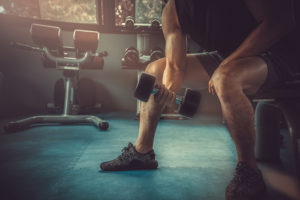 Biceps training sounds simple than it really is since it seems to only target two primary muscles, but it goes beyond that. In reality, there is another upper-arm muscle that’s positioned beneath the biceps, which is known as brachialis. It is small in size, but it can help augment the overall size of the arm. Then there’s the brachioradialis, which is the biggest muscle that lies on top of the forearm. The said muscle gets occupied during elbow-flexion motion. Armed with the knowledge that these two muscles are also present, you now can get them working as well during your workouts, which makes it more likely that you’ll have others swooning over your bigger, masculine arms.

Your back muscles are also heavily involved working with weights aside from your biceps. For this reason, many lifters work on both muscle groups on the same day. After the back, you should set to train your biceps. It is ideal to begin by working on the bigger muscle group, but evade instantly working on the biceps after you’ve worked on the back as they’re likely to be already exhausted. Work on your back, and then follow with your biceps about two days later.

Begin with the one that can carry the most weight

Generally, it’s tough to find a workout that can work all the joints at the same time. For this reason, the best bet would be the chin-up because it works the biceps and the lats. For biceps training, the first motion you should engage in is either standing barbell or dumbbell curls.

Even when you’re just beginning with your routine, you should already test your strength. After performing your warm-up, do heavy sets instantly. This should be composed of at least 6 reps to stimulate the arms. Remember that your biceps will only increase in size by testing their limits and challenging their capacities. Don’t be afraid to push harder on your initial sets before exhaustion can stop you. 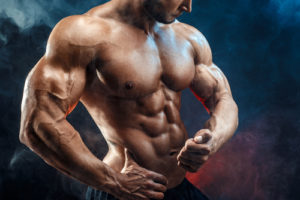 When your training with barbell curls, it is vital that you select multiple grip widths. With this, you work both the long head with the use of a grip in your shoulder width as you simultaneously swing focus to the short head. To do this swap between 2 sets of tighter grasp and 2 of slightly broader grasp. The result is that you reallocate the weight on your different sets as you work on your arms.

It is also vital that you put in some movements that separate the muscles while you keep on working on your arm motions with the use of various angles for concentrating one or both the biceps heads. Because pushing against your inner thigh or a bench can totally abolish your capacity for momentum, the remedy is to decrease the amount of weight you’re using. For this reason, this is more ideal to be performed at the end of your biceps training.

Make the brachialis your objective

As mentioned, brachialis is the muscle underneath the biceps. To target it, you can utilize the customary underhand-grip motion. Hammer curl is also an efficient neutral-grip motion that can capitalize on the width of your upper arm.

Even though upper and lower-arm training are typically all about single-joint motions, it doesn’t indicate that you cannot unintentionally turn them to multi-joint movements. This can happen especially if you are using weight that is too heavy for you to handle. Frequently, this occurs when you allow your elbow to wander off from your sides when training. That is why your arms have to remain locked throughout the session since elbow flexion only alludes to the movement at the joint.

When you finish your biceps training with forearm workouts, it helps your small forearm muscles perfect for making biceps curls. But they need to be worked on last since they’re smaller muscles. You can do this by reversing curls with the use of overhand grip to take on brachialis and brachioradialis. Essentially, reverse wrist curls will engross the lower arms and extensors. The extensors are the small muscles that sit atop the forearm.

Nutritious Ice Cream Brands You Can Have