Like Red Wine? Here’s Why You Should Be Drinking it Daily

Red wine is full of antioxidants, which bind together with these harmful free radicals to form compounds that are not harmful to our bodies. 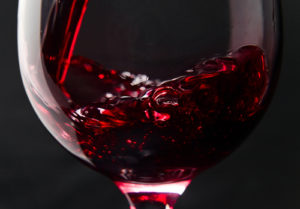 Antioxidants fight against virtually every disease we can face including cardiovascular disease, autoimmune disease, cancer, arthritis, multiple sclerosis, etc. Antioxidants help to improve our immune function and our ability to fight off disease.

As we mentioned earlier, resveratrol which is found in red wine is a very strong antioxidant.  It is so strong in fact that it has the ability to block the progression of various stages of tumor or cancer growths.

This means that not only is resveratrol effective in fighting against cancer, it can help prevent it by inhibition in multiple stages of growth. So no matter how far along the cancer is, resveratrol can help to inhibit its growth in some capacity.

When you think of wine the first thing that comes to mind definitely isn’t its ability to fight off weight gain, but it definitely is effective in doing so. Red wine, like many other fruits out there contains another powerful antioxidant called piceatannol.

According to a survey conducted by Purdue University in 2012, piceatannol has the ability to inhibit the growth and development of an immature adipose cell, or fat.

Piceatannol completely inhibits the development of the cell, known as adipogenesis. This is key in its effectiveness in that the cell growth is halted at an early age, which prevents fat accumulation. 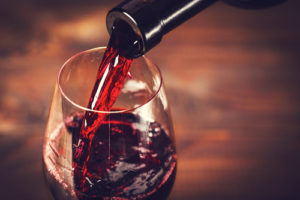 Another study conducted by the University of Massachusetts Amherst found that red wine may help to slow the absorption and synthesis of glucose in the small intestine which feeds in to the blood stream, which helps to level out the increase in blood sugar levels as a result of eating.

Remember red wine is king here, researchers found that red wine inhibited the enzyme responsible for the breakdown of glucose by 100%, compared to only 20% from white wine.

It is believed that red wine is more effective than white wine when it comes to diabetes control because it contains roughly 10x the amount of antioxidants of white wine. So drink up!

The antioxidants found in wine have shown to slow down the progression of a disease called arteriosclerosis which results from the build up of fats and cholesterol along the walls of our blood vessels.

Resveratrol in particular is worth noting because it inhibits the buildup of platelets, or the part of our blood that forms clots after a wound. Platelets can have a similar effect to plague and cholesterol in that they can build up in your blood vessels as well, causing similar clogging effects.

When our blood vessels get clogged with plaque, platelets or whatever is obstructing them, our hearts have to do more work to pump the blood through these vessels. This increases our blood pressure and could lead to a heart attack or stroke.

Resveratrol also helps to protect the heart even after a stroke has occured by protecting the affected tissues from the damage as a result. Resveratrol also relaxes the coronary artieres, improving blood flow and reducing blood pressure.

Quercetin is another compound found in wine that is important when it comes to heart health because it too regulated blood pressure levels, reduces inflammation and also prevents oxidative stress.

One of the compounds found in red wine that we have already mentioned called resveratrol, has shown to reduce LDL cholesterol, or the bad cholesterol associated with plaque buildup in the blood vessels.

Not only does it reduce bad cholesterol, but it increases “good” cholesterol levels or HDL by upwards of 15% in some cases.

Build up of cholesterol can lead to increased blood pressure, it can put more strain on the heart, leading to heart attacks and strokes as well.

Can Cycling Too Often Affect Prostate Health or Cause Erectile Dysfunction?

Best Foods To Eat When You Want to Crush Your Cravings