This pre-workout product is purported to make use of 100% natural components for the purpose of helping you form ripped and toned muscles. According to the company behind Maximum Shred, these positive benefits can be achieved without the use of steroids and other harmful chemicals. With this supplement, it’s said you’re able to undergo vigorous exercises with less efforts, as well as increase your energy, stamina, strength, and muscle recuperation. In addition, Maximum Shred is being touted to also be efficient in delivering pain relief the natural way, boosting sexual functions, and many others. Due to these amazing benefits, it is also claimed that this supplement has over 20,000 male users.

This particular supplement is also touted as a result of a Nobel Prize-winning research in 1998. Below are the components present in Maximum Shred’s formula:

Based on the information on the official site, it is recommended for users to take 2-3 capsules of the supplement prior to exercising or training. You also need to take 1 capsule on rest days in order to make the most of the supplement in terms of observing outcome. 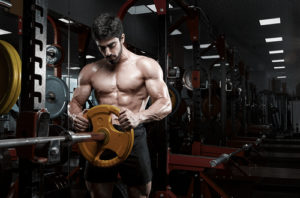 Basically, L-Arginine is an amino acid that’s in-charge of producing proteins in the body. Since this amino acid is transformed into nitric oxide, it has the capability of dilating the blood vessels, which is why it’s frequently used to address issues of the heart and blood vessels. This includes, migraine, headaches, and even impotence or erectile dysfunction. On the other hand, Supplement View said that the clinical proof that L-Arginine intake can deliver positive results in terms of improving physical built and muscle growth is not adequate.

What about Other Components?

Moreover, Supplement View also stated that other components in Maximum Shred, which are taurine, beta alanine, or magnesium lack scientific proof of their effectiveness for providing any muscle building-related results. As for caffeine, it’s well-known as a stimulant that can produce a brief surge of mental focus, but it doesn’t directly generate any fitness gains, just that you’ll be able to exercise longer because your energy levels are increased.

Also, no product label is given, so we’re not aware of the precise quantity of every component present in Maximum Shred’s formula.

As mentioned, a research associated with this supplement had won the 1998 Nobel Prize for Physiology or Medicine. The recipient of this award is Robert F. Furchgott, Louis J. Ignarro, and Ferid Murad for their breakthrough about nitric oxide as a “signaling molecule in the cardiovascular system”. Nonetheless, the outline published on the Nobel Prize’s site revealed that the awardees’ results were not based on L-Arginine, but rather concentrated on cell relations with nitric oxide.

What Users Have to Say? 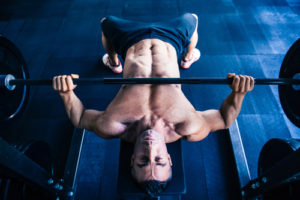 Its manufacturer purports that Maximum Shred has more than 20,000 male users. But if you check for user feedbacks online there were only a few. On SupplementCritique.com, the product has a low rating. On Amazon, it has a rating of 3 stars.

Apart from these, we also found several affiliate sites that posted consumer feedbacks, though we doubt their veracity since they’re published in affiliate websites.

Moreover, the company behind Maximum Shred is mainly headquartered in North Vancouver, British Columbia. It is listed with the Better Business Bureau with a C rating. It only has one closed complaint as of this writing.

The supplement is only accessible via a free trial, which will cost you $4.95 to cover for the shipping cost. Once you agree to this free trial, you will get a one month supply of Maximum Shred.

As soon as the trial expires, you will be charged for the whole amount of the supplement, which is $87.47. You will also be subsequently registered into their autoship plan. This will allow you to constantly get shipments of the product every month with your credit card being charged for the full price.

While there are other legit companies that make use of autoship enrollments as means of offering expedience to customers, there are also others that use it to get customers’ credit card info and issue continuous billings of their products even if the users don’t want it anymore. In this case, caution is important.

If you want to ask for a refund or discontinue your autoship registration, you can call consumer support at 800-622-4871.

For one, the components present in Maximum Shred’s formula don’t have enough scientific proof that they can be effective in providing fitness-related gains. But if you’re keen in trying this supplement, you can do so at your own risk, the risk being ineffectiveness considering its high price.

What Is Adderall and Is It Safe to Use? Are There Potential Side Effects?