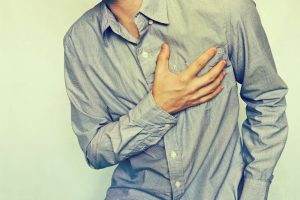 In the human body, when a muscle or tissue doesn’t get enough oxygen, it begins to die. The same goes for your heart muscles when they’re exposed to a prolonged lack of oxygen-rich blood supply. When your heart muscles die, your heart can malfunction and this can trigger a heart attack.

This means that if you’re already starting to have weak erections, your heart and blood vessels may no longer be in their optimal state. In fact, experts suggest that men consulting their doctors for erectile dysfunction should be examined for possible heart diseases.

In truth, not everyone who suffers from an acute myocardial infarction loses their sexual ability. However, the percentage of those who develop a sexual dysfunction after a heart attack is significantly high.

In a 2016 study, for instance, it was shown that almost 46% of men and 60% of women develop a sexual problem within a year after their heart attack incident. This study involved more than 2,800 patients who were aged between 18 and 55 years.

The researchers further reported that 22% of the men developed erectile dysfunction after a heart attack, while 19% experienced a drop in their desire for sex. Among the female patients who participated in the study, 40% experienced a reduction in their libido and 22% developed vaginal lubrication problems.

What’s even more unfortunate is that among these young heart attack patients, 5%-6% never engaged in sexual activities again even a year after an acute myocardial infarction. On the other hand, among the patients who were sexually active prior to their heart attack, more than 50% were able to resume their sexual activities within a month.

Furthermore, the researchers also noted that heart attack patients who do not discuss the possibility of resuming sex after their heart attack incident are more likely to take a lot longer before they resume sexual activities, if ever they actually get to engage in sex again.

Moreover, the study showed that several factors affect the chances of a heart attack patient resuming sexual activities within a year after the incident. Such factors include older age, diabetes, being single or unpartnered, and higher stress levels. When these factors are present, the patient is more likely to never engage in sexual activities again after the attack.

The loss of erectile function after an acute myocardial infarction may also be due to psychological factors. If you’re too afraid that engaging in sex may trigger another heart attack, you may prefer not engaging in sex ever again. Hence, the reduced interest in sex and  the psychologically-induced erectile dysfunction. 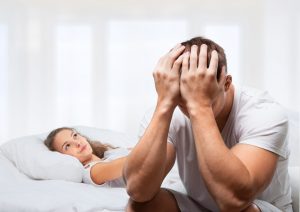 If you’re not sure whether you’re suffering from erectile dysfunction due to psychological reasons or if it’s due to damaged blood vessels, nocturnal spontaneous erections can tell you which one is causing the problem.

If after your cardiac incident you have experienced waking up to an erect penis, then the problem is most likely caused by psychological reasons such as fear of experiencing another attack or sexual performance anxiety.

For men who are struggling with an impaired erectile function after an acute myocardial infarction, one of the first things you should do to deal with impotence is to talk to your doctor about it. Your physician can tell you about the safety of sexual activities after a heart attack and can give you expert advice on how you can manage erectile dysfunction.

Herbal supplement, a safe and effective supplement, can help you restore your erectile function. This contains herbal ingredients that have a long history of usage as traditional remedies for impotence, reduced libido, as well as other male sexual problems.