Reviewing the Safety & Efficiency of Accelerin

Table of Contents show
1 Accelerin Introduction
2 Can the Components in Accelerin Increase your Mental Capacities?
3 Are there Adverse Reactions?
4 What Causes Age-Related Mental Deterioration and Treatments
5 Accelerin Price
6 Final Verdict 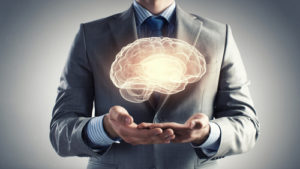 Surely life can be hard. Competition is stiff and it’s hard to stand out and be proficient at what you do. The brain supplement Accelerin claims to help you be remarkable by improving your mental performance. Can this really help you have the edge you need?

The supplement, like others, touts to help enhance your recall, boost your ability to concentrate, and augment your levels of energy, so that you’re not only mentally geared up, you’re also physically prepared. Accelerin says it is made of natural components to be able to achieve these amazing results.

But is there any truthfulness to these claims? As you may know, the industry is full of products that promise to accomplish great things, only to do nothing in the end. So, it is important that we’re all careful enough before being lured to purchase supplements.

As for Accelerin, let’s find out if this brain booster is for real, starting with its components.

Can the Components in Accelerin Increase your Mental Capacities?

When measured up to other brain enhancers we’ve assessed, it’s clear that Accelerin has a complete product label and comprehensive list of components on their official site. The components are listed below:

Vitamin B6 (as Pyridoxine Hydrochloride) 5mg

When gotten from food, niacin is considered potentially effectual for lessening the risks of Alzheimer’s. But Supplement View said that “there is no evidence that taking a stand-alone niacin supplement helps to prevent Alzheimer’s disease.”

Caffeine is also largely recognized for its capacity to increase mental focus, but this result is only momentary and doesn’t significantly last. This also does not translate to an improvement in your mental functions or memory.

Bacopin, meanwhile, is considered as potentially efficient for boosting memory among individuals with no brain issues. The suggested dose is 300mg each day for 12 weeks, but since this component is only a part of an exclusive blend, we cannot know for certain if the supplement has enough of it to make any notable difference as far as brain health is concerned.

Phosphatidylserine is also believed to be able to heighten thinking functions in people suffering from mental deterioration caused by aging. It is also considered to be helpful for people with Alzheimer’s. But overall, the clinical data is not enough to conclude that this component can bring mental benefits to those who are healthy.

L-Tyrosine could aid in the enhancement of alertness and focus even when you’re sleep deprived, while vinpocetine could help people with Alzheimer’s to somehow improve their thinking, but the scientific proof of this is weak and lacking.

Lastly, huperzine A could help in curing dementia and enhance the memory of healthy people.

Other components such as vitamin B6, GABA, alpha-gpc, or l-theanine don’t have enough scientific proof that they can generate positive effects that can be beneficial for the brain as opposed to what Accelerin’s company promises.

It is also important to note that most part of the components in Accelerin is contained in an exclusive blend. Thus, even the components with the potential of bringing brain benefits cannot be labeled as surely effective because we are not aware of the precise quantity of such ingredients, or whether the amounts they’re in are adequate to make notable improvements.

Are there Adverse Reactions?

In general, the components in the supplement should be well tolerated by most users and as such, there shouldn’t be any severe adverse effects. The most common side effect reported is stomach discomfort. Also, remember that niacin can also trigger skin redness, but this should disappear as the components begin to settle in your body.

But surely you’re wondering what causes mental deterioration in the first place? Yes, we know this can be caused by aging, but why? Can you find other probable treatments for this condition apart from brain supplements like Accelerin?

It is natural that as we get older, we also lose our mental sharpness, deliberately losing cognitive functions like memory. The symptoms become more significant as soon as you reach your 60s.

The reason behind is because our brain stopped functioning like it did when you were younger. So, it deliberately loses its capacity to process events and other information as it also loses its ability to remember such information. This is called mild cognitive impairment or MCI.

While this is normal, serious forms of dementia like Alzheimer’s isn’t as this can bring a crucial effect on your life as a whole.

Typically, MCI does not really bring massive changes in your everyday life, but it can surely be exasperating not to recall something. So, should this be a permanent part of your life or are there ways you can take to avoid experiencing such symptoms.

The answer is yes, but there has to be massive efforts on your part since you’ll have to change your lifestyle. Yes, lifestyle changes can be the solution and not necessarily taking supplements. Some of the changes you can do is having 30 minutes of moderate workout each day, regulating you blood pressure and cholesterol level, undergoing activities that can mentally challenge your brain, having enough sleep, and sustaining close relationships with family and friends.

But if you’re thinking of still giving supplements like Accelerin a try, know how much it costs first.

All options come with free shipping and a 30-day money-back guarantee. Even used bottles are qualified for returns, just less shipping and handling, plus a restocking charge of $9.95. To process your refund, call customer support at 888-535-5789. 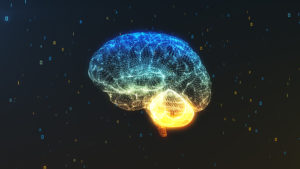 In contrast with several brain supplements, Accelerin appear to have the edge among competitors. It has a comprehensive product label on its official site and the company does not impose any free trial schemes.

There’s also proof that several of the components in Accelerin work and deliver positive effects that can be beneficial for the brain. But is there a catch?

The catch is that we’re not aware of the exact amounts of each of the ingredient. We can’t also know whether the amount in all of the components in Accelerin is enough to make a difference. Plus, Accelerin is also quite expensive. Thus, it’s hard to say whether Accelerin can really be a good investment to provide some significant benefits for the brain.