This product is a probiotic formulation that’s touted to aid in the refilling of the good bacteria in the body in order to encourage healthy digestive system and mental capacity. Brain improvements include memory boost, enhanced concentration, and better mood. Biotica 365 Pro is also said to lessen the occurrence of stressors that are linked to brain. This includes inflammation, immunity and the generation of neurotoxin.

This is achieved with the use of 20 billion colony-forming units of eight various bacteria strains in every dose of this probiotic supplement. The said bacteria strains are claimed to come from sources that are plant-grown. What’s more is that Biotica 365 Pro is also marketed as a product that boasts fructooligosaccharides or FOS.

Furthermore, this product is said to be suitable for vegans and vegetarians as each capsule is vegetable-based. It is produced in the United States following an austere CGMB manufacturing protocols.

To experience firsthand of its health advantages, its manufacturer advises users to consume two capsules every morning with food.

Before jumping on the bandwagon, evaluate if Biotica 365 Pro really a supplement that can deliver results even if you remove the marketing gimmicks that surround it. Below are the considerations you need to think about: 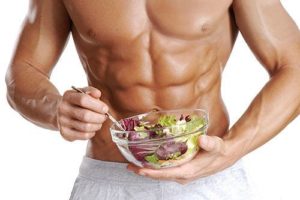 Based on the product label, the strains in Biotica 365 Pro is as follows:

Lactobacillus acidophilus – This is one of the most well-known bacteria strains utilized to cure IBS-related inflammation, reduce allergic response, restrain pathogenic bacteria, and other functions. This is actually the case for nearly all lactobacillus strains.

Bifidobacterium lactis – This strain is naturally defiant to stomach acid. It can lessen the occurrence of diarrhea, swelling, and allergic reactions. This is true among strains from the bifidobacterium family.

Lactobacillus casei – Apart from the positive effects brought by acidophilus, casei may also be able to trim down the existence of H. Pylori and salmonella. In addition, this said strain is also especially helpful for people with lactose intolerance.

Streptococcus thermophilus – This strain is highly utilized in the production of yogurt and cheese. This specific strain is also believed to be valuable in increasing childhood growth rates and decreasing occurrences of diarrhea that’s linked to the use of antibiotics. 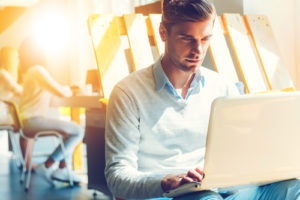 Unlike several of other health products we have evaluated, this one does great work of putting many directly clinical credentials on their References Section.

Essentially probiotics have been used for several years to cure maladies that are associated with the digestive system, colic in infants, lung infections, ulcerative colitis, IBS, H pylori, bacterial vaginal infections, as well as eczema.

On the other hand, it becomes complicated because the clinical proof substantiating all the claims about the benefits of probiotics is lacking. Biotica 365 Pro’s claims of boosting mental functions are even trickier to prove since it goes beyond the usual scope of probiotics, which is usually related to the digestive system.

Though it is probable that your feeling of confusion and forgetfulness may be reduced and your mental clarity enhanced as the bacteria in your gut is harmonized, probiotics won’t deliver these results directly.

Simply put, given the benefits probiotics have on your digestion, it should not be expected that Biotica 365 Pro will also provide health benefits that relate to mental functions.

How Biotica 365 Pro Measure Up Against Competitors?

Generally, most of the brands of probiotic supplements are the same. Among these many brands, there typically are two main distinctions:

One is the quantity of colony-forming units or the CFUs, which is another way of giving the estimate for the number of feasible bacteria or fungal cells in a sample. Simply put, the higher the number is for the CFU, the more potent cells a product has. Consequently, this means boosted possibility for health benefits. Then there’s the kind and number of bacteria strains. In Biotica 365 Pro’s case, its bacteria strains are a bit higher when compared to the average probiotic. Its CFU count is also greater with 20 billion.

How About the Fructooligosaccharide in the Product?

Furthermore, Biotica 365 Pro asserts that the fructooligosaccharides in the formulation contributes as “a source of fuel for a healthy intestinal tract and a thriving gut bacterial population.” In actuality, all probiotics have food substrate. Without this, the cells of the living bacteria would not survive.

Still, it does not seem that there are instantly obvious positive effects with the use of fructooligosaccharides in place of other food substrates.

Nearly all users encounter minimal to no adverse reactions from regular consumption of probiotics. For those people who experience side effects, the symptoms usually are more bloating and gas. Though it is said these discomforts usually disappear after a couple of days. It is wise to consult your doctor first before proceeding on taking Biotica 365 Pro. This should be the case with any supplements that you’re thinking of taking.

As of this writing, there were no online reviews found for this nutritional supplement. This probably was because Biotica 365 Pro was just newly released into the market. Meanwhile, we found out that this product is created by Ultimate Media Systems, Inc. (DBA Nutrinity). It is headquartered in Tampa, Florida, however, neither Ultimate Media Systems nor DBA Nutrinity was registered with the Better Business Bureau. This is of July 2015. Information on the manufacturer was also limited online.

For a single bottle consisting of 60 capsules, Biotica 365 Pro costs $67. This includes free shipping. It is offered with a 60-day money-back guarantee, less shipping and handling fees. Remember that this regulation is only applicable to a single opened bottle. The rest of the items that can be accepted for refund should still be sealed. To ask for a refund, call the product’s customer service at 800-360-4149.

Bottom Line: Is Biotica 365 Pro Worth It?

It’s great that Biotica 365 Pro has higher CFUs compared with similar products. However, considering it’s only been released into the market and there aren’t user feedbacks online, it’s understandable if this makes you hesitant about it. After all, it’s better to invest in a nutritional product that’s been in the market for a significant amount of time with multiple customer reviews to get to know a product further from buying customers’ actual experiences. Also, Biotica 365 Pro is not reasonably priced, which is another important consideration. Surely, it is not wise to invest in an expensive health product without some sort of guarantee that it’s safe and effective.

A Product Review of BioMuscle XR: How Safe and Efficient is this?