People have sex for a lot of reasons: love, commitment, gratitude, pleasure, revenge, sexual curiosity, stress relief, and attraction to a person. Sex is a completely normal activity for both humans and animals, just as food cures hunger, water for thirst, sexual intercourse for sexual arousal. On average, most people have sex at least twice a week. Sex is a functional part of most romantic relationships and marriages. According to a survey, 20 percent of single men and women have sex multiple times a week, 40 percent are in committed relationships and 42 percent married couples.

Sex is an important and healthy physical exercise, beneficial to our mental and physical wellbeing. It helps to keep our estrogen and testosterone level in balance. Too much or too little of either of the two could cause problems like osteoporosis and even heart disease. Like other physical exercises, sex helps to reduce stress, anxiety, and improve our mood.

While sex is considered a healthy exercise, it comes with certain risks physically and mentally. The risks commonly known to most people are sexually transmitted diseases (STIs) like gonorrhea, herpes, syphilis, HIV/AIDS, and human papillomavirus (HPV). There are other risks linked with having sex, though more physical but less deadly than sexually transmitted diseases, some injuries often occur during sexual intercourse. Some common symptoms of these injuries are:

These sexual injuries stem from a lot of factors, most of which are self-induced. Some causes are:

Sex is very good for our health in general and can also be a one-way ticket to the grave. It is very important to ensure a safe environment when having sex and also abstain from sexual acts that could cause a long or short term body harm. Some of these sexual acts often stem from wanting to explore one’s sexuality or try new things. Ways you can employ to treat these sexual injuries include:

In some mild cases, vaginal cuts will self-heal, but in severe cases, it is important to see a doctor immediately. Pain relievers such as ibuprofen (Advil) or acetaminophen (Tylenol) are usually prescribed to reduce the pain. Application of antibiotics on the surface of the wound or sore spots can also make it heal faster.

Surgery is usually needed in cases where the male penis is fractured or bent from sexual intercourse. Surgical treatment involves using stitches to close tears in corpus covernosum and tunica albuginea. Patients are required to wear a plastic cast on their genital area for several weeks, to protect it in case of impact until the wound and operated areas fully heal up.

USE OF DOCTOR PRESCRIBED ANTIBIOTICS 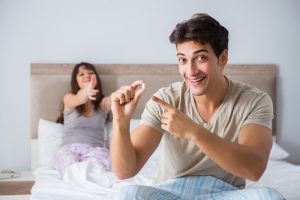 There are more than 1.5 million cases of urinary tract infections per year. (UTIs) affects the kidney, bladder, or urethra. It is not a sexually transmitted disease and is treatable by a medical professional and also self-diagnosable. Some common symptoms include difficulty passing out urine, burning sensation in the bladder, and persistent urge to urinate. Treatment involves the use of doctor prescribed antibiotics and penicillin.

Practice safe sex on a soft surface like a bed and couch and limit frequent vertical sex as this is very likely to result in a fractured penis. Urinating after sexual intercourse can also help to prevent urinary tract infections. See a doctor when you notice some symptoms of sex injury as they might also be symptoms of much worse health issues.

Male UltraCore Review: EVERYTHING You Want to Know! ALL SECRETS REVEALED! 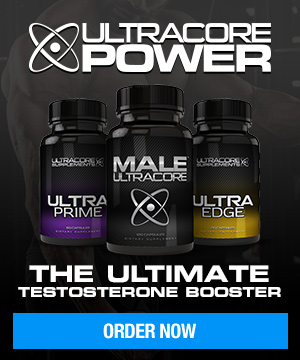 Before you buy. Read more about UltraCore Power.