Table of Contents show
1 How do they do this, though? Oh, boys, they do this in numerous ways.
1.1 For example, check this list out below:
2 On the other hand, there are indications that a woman is not interested in you, too. Let’s check those out, with a little description.
2.1 In addition to this, if you’re trying to have small talk with her, and she does any of the following, she’s not interested in you:
3 One last piece of information I’d like to leave you guys with is this:

If any of you guys have ever seen the movie The Little Mermaid, then you know exactly what the title is suggesting: Does she like you or does she not like you? You know, in reference to when Ariel was plucking the petals off that flower, wondering if Prince Eric truly liked her.

Well, that’s what this here article is going to be about, yet with a little more detail.

I bet you’re already thinking about whether a specific woman likes you or not, just by reading the title and the first few sentences I’ve laid out for you. Allow me to lay the rest of the facts out.

Generally, a man makes the first “move” in dating a woman. Whether it be initiating conversation, asking her out on a date, or simply saying hello, men tend to be the first of the two to say/do something. However, women are the first of the two to physically allow initiation of contact. And, what I mean by that is women are the ones that give permission for men to touch them, kiss them, ask them on another date, etc. 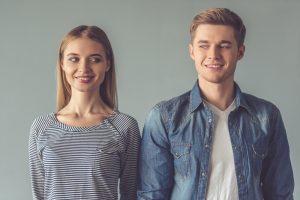 Do you remember ever searching the Web for clues or hints as to why a girl would or would not like you? And, when you pressed that little search button, do you remember seeing several bulleted lists of different body language signals a woman is likely to give you if she’s interested in you? I know, you’ve probably pushed those aside time and time again. I’m here to demand you don’t do that; Instead, pay close attention to those lists that are out there for your reference.

Keep in mind, women don’t have to do all of, or even several of these, for them to like you. They may very well only have one or two signature moves, every woman is different. However, you should note that if a woman does these things more frequently around you, she’s probably very interested in pursuing something with you.

Of the list of actions women do to make it known they like you, the most common three are repeated eye contact, repeated glances away or towards you, and constant smiling.

Another thing to note is that just because a woman displays one or more of these towards you, doesn’t mean that she’s totally into you. Try and be 100% sure on the social cue she’s giving you. For example, if a woman smiles at you, this doesn’t mean she wants to sleep with you. Wait it out and see if she gives you any more cues over time so that way you don’t look like a creep coming onto her so suddenly.

On the other hand, there are indications that a woman is not interested in you, too. Let’s check those out, with a little description.

If you approach a woman and try to start minimal small talk, you know, by asking her how her day was or what her plans are for the night, she may or may not be interested. If she happens to try her hardest to flee away from eye contact while you’re trying to engage in simple small talk, she’s totally not interested in you, man.

In addition to this, if you’re trying to have small talk with her, and she does any of the following, she’s not interested in you:

In all of these instances, please don’t assume she’s trying to play hard to get, because most likely, she’s just down-right not interested. And please, don’t try to talk yourself up or nag her to give you a chance because you’re such a great guy, you’ll only come off as creepy and weird to her.

One last piece of information I’d like to leave you guys with is this: 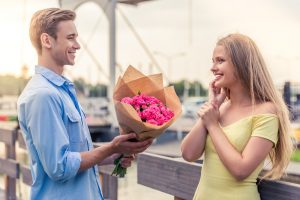 The Pros and Cons of CrossFit