What is the Role of Testosterone in Male Sexual Function?

Testosterone is an essential hormone in men. Naturally produced in the body from as early as a few weeks after conception and throughout the rest of a man’s life, it is involved in several important bodily functions and processes, making it the primary male sex hormone. 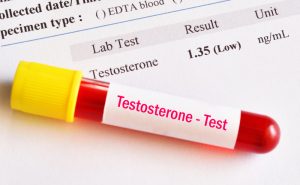 Even before a man is born, his body already produces testosterone. According to studies, testosterone production can begin as early as 7 weeks after he is conceived. At this point, testosterone facilitates the formation of the male genitalia.

Once he hits puberty, testosterone helps make the different physical changes and sexual developments occur, including:

At around age 10 or 11, the usual age of puberty in boys, the penis and testicles grow and increase in size.

Sperm are produced in the testicles or testes, which are two organs that are oval-shaped and measure around 2 inches or 5 centimeters in length (which is about the size of a large olive). The growth and development of testicles allow more sperm to be produced. A normal sperm count is somewhere around 15 million sperm to over 200 million sperm per milliliter of semen.

Testosterone facilitates the growth of pubic hair, facial hair, arm hair, leg hair, and other body hair. Boys who are not producing enough testosterone may not be able to grow as much body hair or experience slower body hair growth in comparison to other boys their age.

Boys who are in the puberty stage go through a change in their voice. Their voice will start to break and get deeper as their penis and testicles grow.

The puberty years are when a boy experiences a growth spurt, as his bones and muscles go through significant growth and development. With the help of testosterone, they should be able to gain bone density and muscle mass, increasing their height, strength, and physical abilities.

Testosterone regulates a man’s sex drive or libido as soon as he hits puberty age. His sexual desire experiences a sudden spike, usually peaking at age 15 or 16 years.

It is normal for puberty-age boys to develop competitiveness, dominance, aggression, and other similar traits at this time in their lives, as testosterone can influence certain behaviors.

After puberty, testosterone continues to hold crucial roles in other bodily functions, such as fat metabolism, which helps in the proper distribution of fat and the efficient burning of fat in the body, preventing the increase in one’s body fat; production of red blood cells, which promotes heart health, reducing the risk of high blood pressure, stroke, heart attack, and other heart-related diseases; and blood circulation and flow, which ensures that sufficient amounts of blood and oxygen reach your penis and other reproductive organs, protecting against erectile dysfunction, infertility, and other sexual and reproductive disorders.

There are many problems that can arise if your testosterone levels drop. Some common side effects of low testosterone are:

If you have low testosterone, you can try the following ways to increase your testosterone:

What are the Risks of Sexually Transmitted Diseases?