Men, let’s be real. There’s a certain appeal to dating younger women. For a guy in his forties, it’s almost a fantasy and achievement to date someone half their age. The social convention of dating someone your age has long been forgotten, and it’s now acceptable for older men to date younger women.

If you’ve been wanting to date younger women, now is probably the best time to try and make that May-December romance happen. Apparently, younger women find older men more attractive now than it was before. Back then, younger women are repulsed at the thought of dating someone significantly older, but now, older men have a certain appeal that does not apply to younger guys.

Dating older men is no longer a cause of embarrassment for younger women, and it shouldn’t embarrass you for wanting to date someone younger – but some lines shouldn’t be crossed. Here’s what you should know about dating younger women: 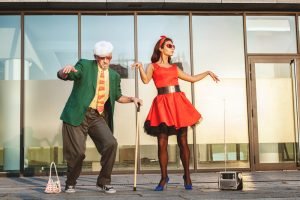 This one is obvious, but if you think the generational gap isn’t a major issue, then maybe you need to fully understand the scope of what you’re dealing with. Generational gaps are wider in the age of social media. If you’re in your forties or fifties, social media may just be another app on your phone, but for most women in their twenties, social media is a big part of their lives and daily routine. 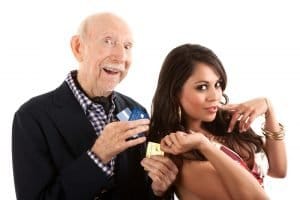 No, I’m not implying that you’d have to pay for sex, but paying for everything, such as your dinner, tickets, gas, and everything in between should be expected. After all, you’re the mature and stable one in your relationship, and you shouldn’t expect anything else. I’m not also implying that younger women date older men so they can live off of their sugar daddies – that’s a different kind of relationship, but you should expect your younger girlfriend to depend on you for a few things, at least.

Independent, successful women in their twenties are more likely to date someone their age, and I sincerely hope that no one gets offended by this – I just see the stereotypes, I don’t make them. But in all fairness, older men would want a younger woman who he can spend time with, and most career women have their hands full with work.

It’s always awkward to meet your girlfriend’s parents, and it’s even more awkward if you’re the same age as her dad. Most older guys who date younger women dismiss the idea of meeting their girlfriends’ parents to avoid the awkwardness, but it’s much more important to the relationship than they realize.

Having a good relationship with your younger girlfriends’ parents would break the stigma of your May-December relationship, and it’s something that you need to prepare for. If you have a daughter, you’d understand that no one would ever be good enough for your kid, and the same goes for your girlfriend’s parents – even more, considering that you’re about their age.

If you think meeting your girlfriends’ parents is awkward, then this is 10 times more uncomfortable for everyone involved – you, your girlfriend, your kids, and your ex-wife. If you can help it, try to avoid dating someone who’s the same age as your kids. It never bodes well for your kid to know that you find someone attractive at their age.

But if it can’t be avoided, be ready to have a mature discussion with your kids about who you are dating, and make sure that you’re on top of the situation. Let them know you’re dating someone younger, so they know what to expect before they meet your girlfriend. If your kids are adults, it shouldn’t be much of a trouble to work the conversation in, just as long as you won’t refer to your younger girlfriend as their stepmom – that would really mess things up in your household.

This is a make-or-break factor in May-December romances. Couples with a wide age gap tend to have vast differences in their sexual attitude, kinks, and appetites. Women statistically have a much more insatiable sexual appetite, and it’s much more when they are significantly younger than you – but it gets worse.

Older men statistically have a weaker libido because testosterone levels decline with age. This wide gap between sexual interests can strain a relationship unless you learn how to keep up with your younger girlfriend. The frequency of sex and mutual sexual satisfaction matter to younger women, and they can get easily bored without the thrill and satisfaction of sex.

Getting your sexual interests in sync is a huge challenge, but it well worth it if you get to make it work. Taking premium testosterone-boosting supplements such as Male UltraCore can help you immensely in enhancing your libido to help you keep up with your younger girlfriend. Take one serving of Male UltraCore daily to increase your testosterone levels and blood flow so you won’t be a stereotypical older guy who can only have sex once a week. With higher testosterone levels, you gain the ability to have as much sex as a 20-year-old guy does, but with the experience, patience, and maturity of an older gentleman.